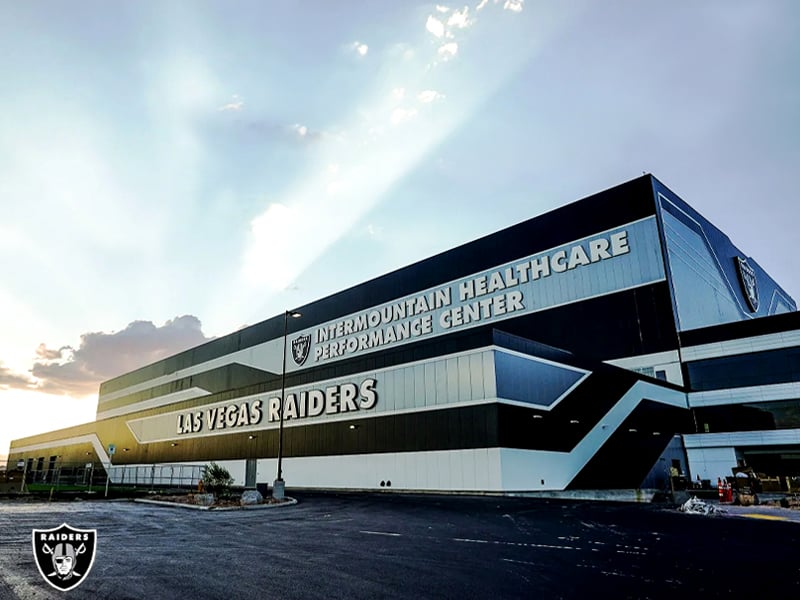 The professional American football team Las Vegas Raiders’ new headquarters is starting to finish up construction just in time for the training camp. The majestic silver and black building is simply breathtaking and one which the Raiders would like to flaunt. The Raiders loosened their purse strings to make their headquarters in Henderson, Nevada (US), wear a luxuriant look. The team released over 30 photographs of the impressive structure.

The Las Vegas Raiders are a professional American football team based in the Las Vegas metropolitan area. The Raiders compete in the National Football League (NFL) as a member club of the league’s American Football Conference (AFC) West division.

Of that total, 150,000 square-feet will be employed for the team’s indoor practice fields. Since summer is a scorcher in Nevada, the Raiders built one and a half indoor football fields so that the team can move things inside during the hot Vegas summers. 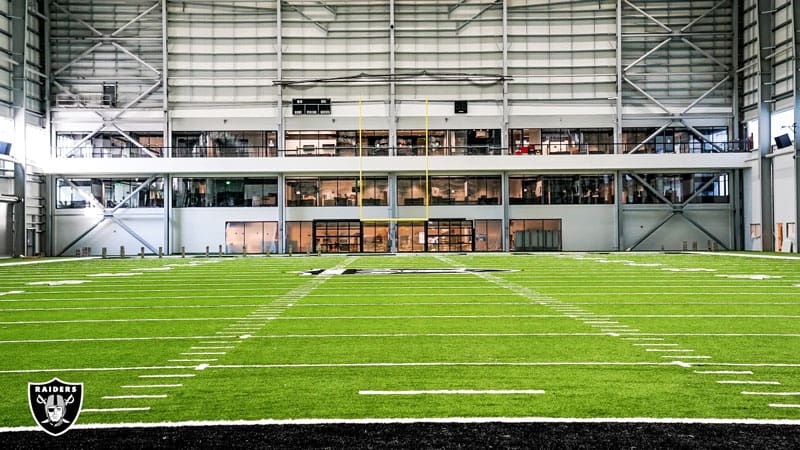 Raiders’ General Manager Mike Mayock is already drooling over the new facility – “It’s a magnificent building. It’s hard to put into words, and honestly I have to still get used to it because it’s so big and so different from what we’re used to. But it’s amazing.”

Mayock and the rest of the team’s personnel will get to take advantage of a 135,000-square-foot, three-story office area. That space will include a balcony that will allow Mayock and others to watch over the team when they’re practicing outside. The Raiders also built a weight room with an astonishing amount of space.

The facility, which is located roughly 15 miles southeast of Vegas in Henderson, Nevada, is absolutely huge. The new building, which will be known as the Intermountain Healthcare Performance Center, will give the Raiders 335,000 square-feet of space to work with. 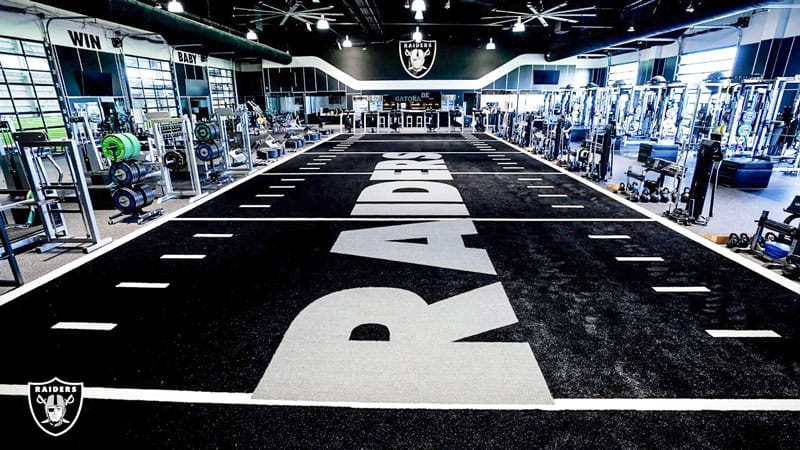 Due to the amount of coronavirus testing that will need to take place before players can hit the field, it might still take some time for practice to start. Many players for the Raiders have been meeting up to hold private practices so a lot of them can be in good shape. 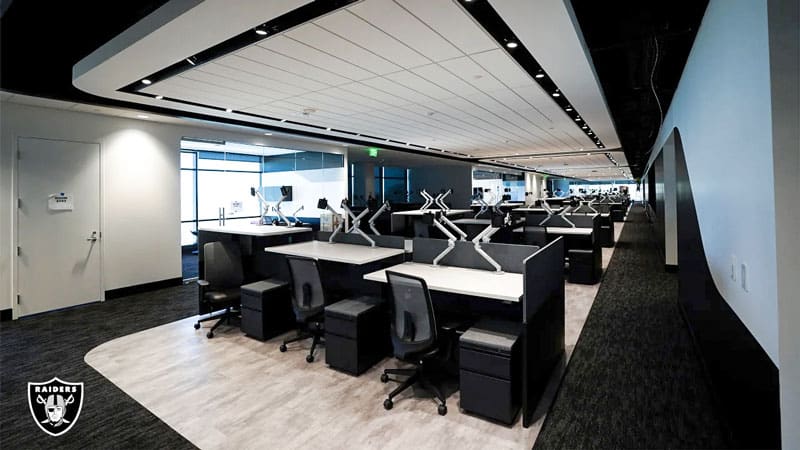 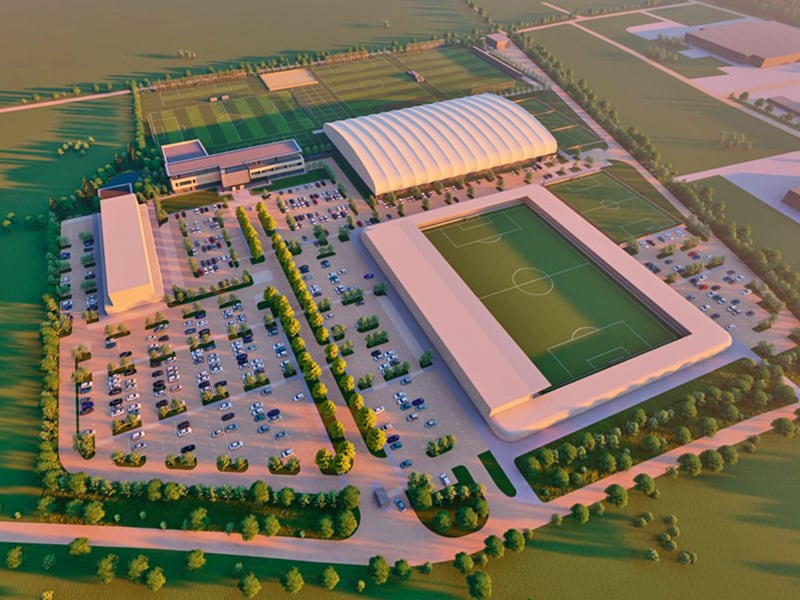