ARound AR experience for fans in Sofi Stadium 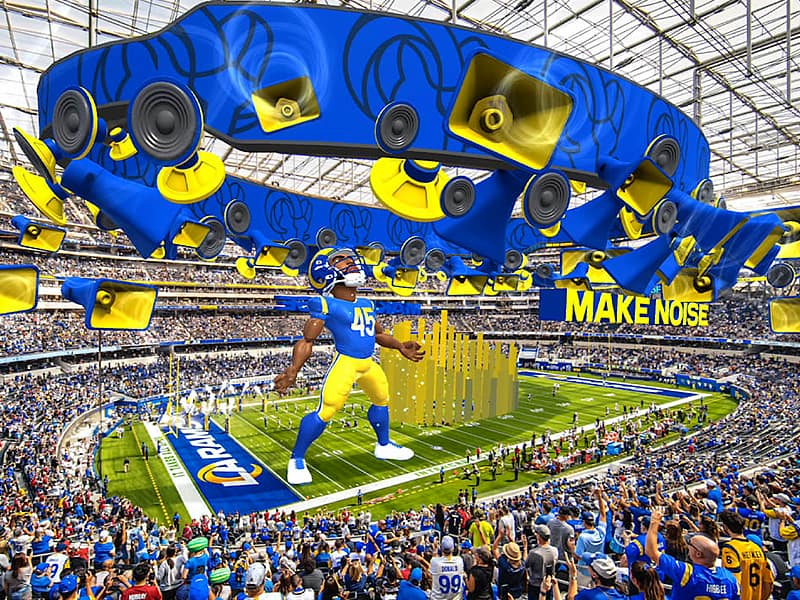 The National Football League (NFL) team Los Angeles Rams is introducing a new fan-focused technology experience at their residence – the SoFi Stadium in Inglewood, California (US). Debuting at the December 4th game, fans at the SoFi Stadium were the first to experience shared augmented reality (AR) in an NFL game with the launch of ARound, a next-generation fan engagement platform designed to enhance gameday fun with live, real-world AR experiences, sponsored by SoFi, the digital personal finance company and SoFi Stadium naming rights partner.

‘therams.com’ stated that first launched in August with the Major League Baseball (MLB) team Minnesota Twins, ARound expanded its platform to include in-venue broadcast integration as well as an at-home AR experience.

The SoFi Stadium is a 70,240-seat sports and entertainment indoor stadium in the Los Angeles suburb of Inglewood, California, United States. SoFi occupies the former site of the Hollywood Park Racetrack, three miles from Los Angeles International Airport and immediately Southeast of the 17,505-capacity The Kia Forum.

‘therams.com’ further stated that ARound, part of the Stagwell Marketing Cloud, uses 3D spatial computing to localize content to individual users throughout the venue, enabling SoFi Stadium’s 70,000 attendees to see the same realtime 3D effects and participate in the same shared experiences. Using the ARound Stadium app, fans point their smartphone at the field to open up a universe of AR effects, interacting with the physical venue and fellow fans in real time.

ARound and the Rams have taken shared AR several steps further through new fan experiences custom to the Rams and to the NFL:

Maintained Marissa Daly, Vice-President-cum-General Manager, Los Angeles Rams Studios, “We are thrilled to team with ARound and SoFi to incorporate AR into gamedays at the Rams House in unprecedented ways. This experience is a continuation of the game-changing ways we’ve partnered with SoFi at the SoFi Stadium and across Los Angeles to elevate the fan experience on gamedays and beyond.”

Commented Josh Beatty, Founder and head honcho, ARound, “Fans come to the stadium to feel closer to the game, to the players, and to other fans. We developed ARound to enhance those feelings through highly immersive and interactive AR experiences that complement the action on the field. And with products like Apple and Google AR Glasses already in development, we’re excited to open up the living room to blended TV experiences we know are the future of broadcast entertainment.”

Remarked Lauren Stafford Webb, Chief Marketing Officer (CMO), SoFi, “At SoFi, we pride ourselves on being at the forefront of innovation to create seamless experiences for our members, all while fulfilling our mission of helping our members achieve financial independence. We are proud to sponsor ARound’s first-of-its-kind technology for Los Angeles Rams fans at the iconic SoFi Stadium to make their experience even more spectacular.”